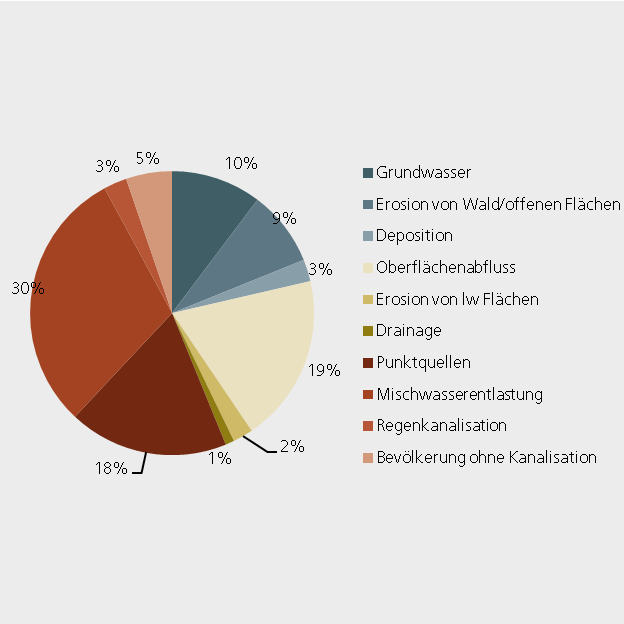 Lake Mondsee is at risk to miss the goal of the good ecological status according to the Water Framework Directive. Measurements identified the Fuschler Ache as the tributary with the highest load of Phosphorus, the key element in the process of eutrophication. In order to prepare mitigation measures wpa was engaged to identify the origin and main sources of the phosphorus loads in the Fuschler Ache’s catchment area.

The problem was dealt with using a model-based quantification and localizing the phosphorus-sources in the catchment as well as discussing possible measures to reduce the input into the water. Furthermore the limits and possibilities in the application of two different models on small catchment scale should be shown.

The modeling was based on an extensive research of the local situation concerning soil, farming, hydrology and topography. In a first step the semiempiric model MONERIS was used to estimate the contribution of different sources within the catchment. To narrow down the area, where the diffuse immissions mainly derives from, the spatially distributed model PhosFate was used in a second step. Using this method a “risk map” was created which identifies those areas which potentially emit the greatest amounts of phosphorus into the water. Thus, targeted mitigation measures can be set to reduce the amount of input as well as the input risk.