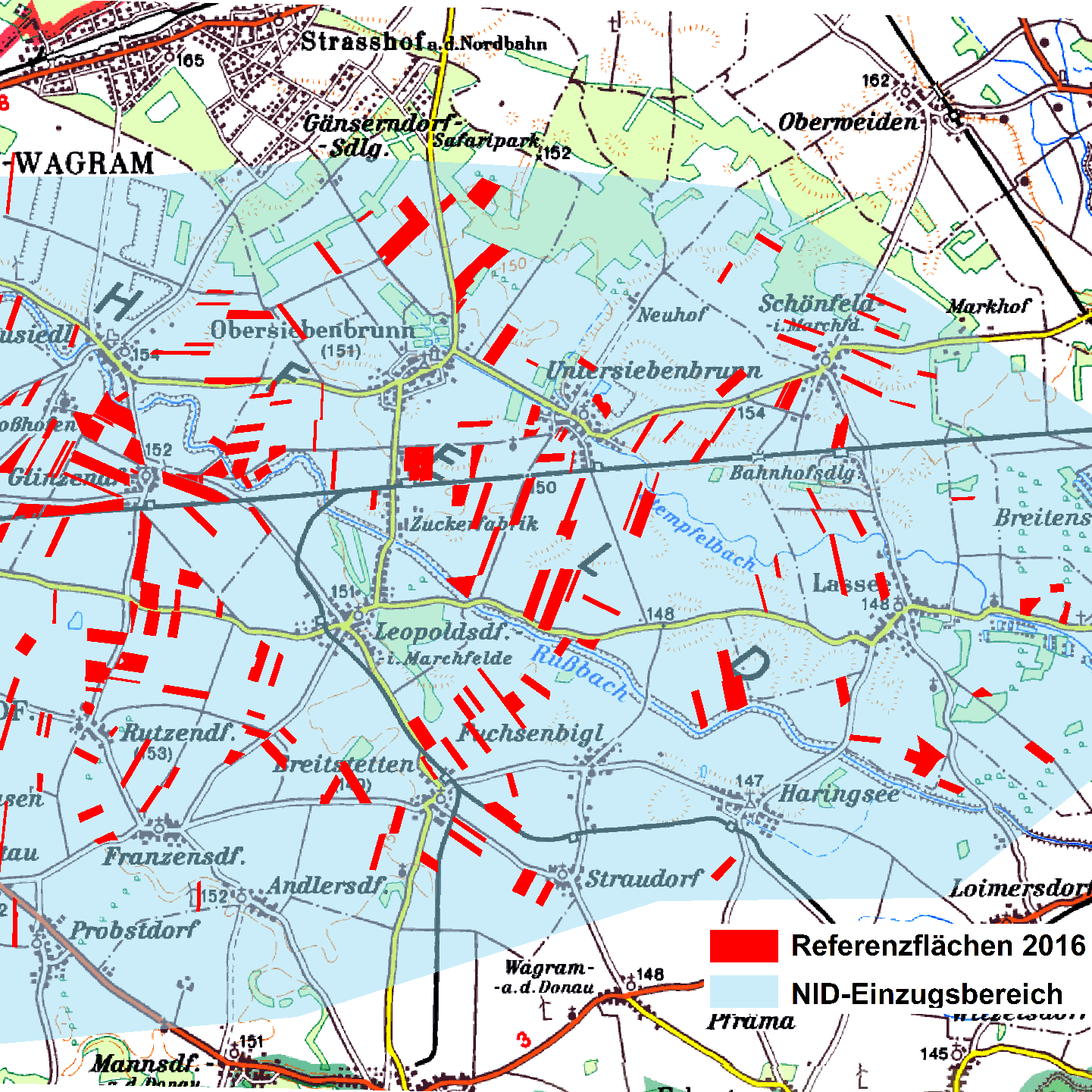 The „Nitratinformationsdienst – NID“ (Nitrate Information Service) is an extension service to farmers. Applying recommendations from the NID allows them to adapt nitrogen fertilization to actual levels of mineral nitrogen in soils. The goal is to reduce fertilizer application without any decline in harvest. As this reduces the nitrogen surplus it has also a positive effect on nitrate leaching and groundwater quality.

Technical implementation is carried out by wpa, which cooperates with the official rural extension services “Landwirtschaftskammer Niederösterreich” and “Boden.Wasser.Schutz.Beratung” (Oberösterreich) for broadcasting the recommendations. Important partners are furthermore several farmers who provide detailed information on their land management and their agricultural field plots, where soil samples are taken and analyzed right before fertilizer application. According to patterns of cultivation (including crop rotation, fertilization, etc.) and soil quality recommendations are generalized and broadcasted (for example via the homepage www.nid.at).

NID started in Niederösterreich with a pilot phase in 2002 in northern Tullnerfeld and has expanded since then to other important areas of agricultural production, like southern Tullnerfeld, Marchfeld, Prellenkirchner Flur, and, with the area of Lichtenwörth – Zillingdorf – Neufeld, also to Burgenland. Fertilizing recommendations are provided (according to the area) for wheat, barley, corn and potato. In Oberösterreich the NID started from a pilot project for groundwater remediation in 1999 and has then been adopted by Wasserschutzberatung, afterwards Boden.Wassser.Schutz.Beratung. In Oberösterreich the focus is on pig and cattle farms growing corn and wheat.